What if November was Beauty?

We often think of November as bleak; the time of year when we begin to pull ourselves inward for the winter. But those occasional warm days are last minute gifts to be celebrated and bleakness, like beauty, depends on the eyes of the beholder. 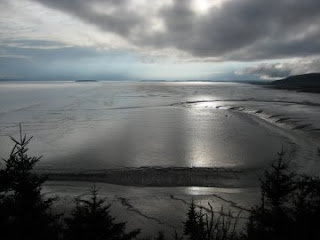 The Hopewell Rocks was ours alone today. Even the Bay of Fundy was empty, miles of mudflats stretching down to tiny Grindstone Island, gleaming in the sun, Shepody Mountain draped with low cloud. Callie-dog romped and we walked familiar trails while the sun darted in and out. 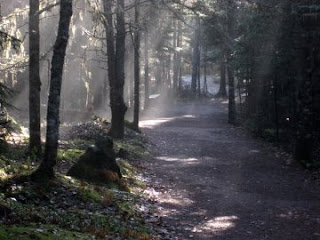 Down the back trail to Demoiselle Beach, we were graced with the image of trees glittering with diamonds and magical shafts of light filtering through steamy fog. As we emerged on the beach, a fog bank rolled in atop of the mudflats. 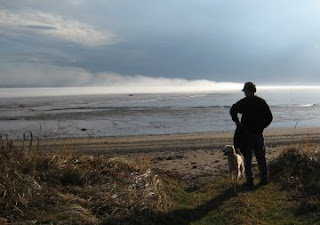 All was silent, save a pair of chortling crows. We followed rabbit and moose tracks on the beach, admired the jeweled collage of seaweed and scanned the golden bronze of the marsh grass, brushed and tufted like the fur on the dog’s back. 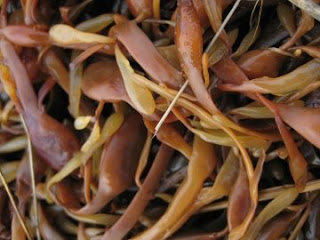 We sat on a log, breathed the air, listened to the silence, felt the warmth of the settling sun. Even Callie-dog was subdued today, preferring to sit quietly instead of explore for goodies in the seaweed.
Beauty. For the taking.
Posted under community,seasons,trails,wild spaces
Comments (4)

4 Valued Thoughts on What if November was Beauty?